Call for Papers: Return to the Nexus: Gender and Tourism

Return to the Nexus: Gender and Tourism

The study of gender as a pertinent issue within tourism began receiving academic interest and systematic investigation in the 1990s (Swain, 1995; Figueroa-Domecq et al., 2015).   In 1995, Annals of Tourism Research dedicated a special issue to the topic, which further directed attention to the topic of gender within tourism research. Margaret Swain (1995) introduced the issue by highlighting that gender relates to both men and women and can be conceptualised as identities that are constructed culturally and socially, an approach she clarifies in the new millennium as intended to be ‘unequivocally dynamic’ (Swain, 2002: 3). Yet whilst there is a growing body of knowledge concerned with gender and tourism there are still many stones left unturned, with research tending to focus on sex tourism and employment (Pritchard, 2001; Pritchard and Morgan, 2000a; Scheyvens, 2002, 2008; Ferguson, 2011; Tucker and Boonabaana, 2012; Figueroa-Domecq et al., 2015). 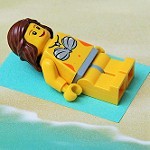 The term nexus was utilised by Aitchison (2000) at the turn of the new millennium, which sought ‘to accommodate both the material and the symbolic in an integrated analysis that explores the mutually informing nature of social and cultural relations in shaping gender relations within leisure and tourism’ (Aitchison, 2005: 210). This session therefore asks participants to return to the nexus and consider both the structural and the poststructural within studies of gender and tourism, inviting a wide range of empirical and conceptual papers.

Potential topics (but not limited to) as follows:

We are currently seeking contributions to the following session (but not limited to):

1.Paper presentations: involving five presentations each lasting around 15 minutes with time for questions. The presentation may be executed in a traditional or innovative style, and we actively encourage a wide range of styles; including snapshots and pechakucha.