Call for Papers: Mapping the Marginal: Exploring the Identities, Practices, Geographies and Experiences of Digital Labour

Mapping the Marginal: Exploring the Identities, Practices, Geographies and Experiences of Digital Labour

As the Internet, new technologies and social media continue to transform the nature of work, increasing scholarly attention is being paid to digital labour (Fuchs 2014). This evolving and somewhat fuzzy concept includes traditional tasks and jobs that have ‘gone digital,’ as well as a new range of functions, positions and occupations. Labour market structures, spatial dynamics and motivations associated with digital labour vary and create types of work that include entrepreneurs, freelancers, firm-based employees and hobbyists. The ways in which labour is carried out is also diverse and includes full time, part time or informal work, in homes, third spaces and offices (or a combination of), for pay, play and/or income. 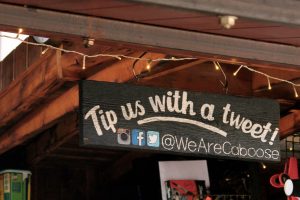 Existing studies are often focused on middle class, male workers from advanced Western economies. Implied within this research is an assertion that many new high-tech sectors of the economy are reproducing old labour market inequalities based upon race, class and gender (Luckman 2015) At the same time, there has been some optimism around the potential of digital labour to provide new opportunities for those, who traditionally, have appeared to be working on the margins.

To date, however, there has been little research examining the extent to which workers in the digital labour economy are able to challenge patterns of inequality, disadvantage or exclusion. The experiences of workers are highly complex and individualized. The rise of Muslim fashion blogging, for example, has challenged difference by reworking homogenous views of Islamic femininity, questioning power, empowering followers through a visual celebration of multi-ethnic, religious and gendered identities. But paradoxically, the public success of bloggers within widespread and visible online spaces can also reproduce inequalities of those power relations, and risks creating an assumption that this experience is the same for all young Muslim women.

In order to address our lack of knowledge about the specifics of both the inequalities and benefits of labour in the digital world, this session aims to foster debate about the ways that digital labour shapes and is shaped by markers of social and cultural difference (like those relating to gender, race, class, age and sexuality, among others). This connects to the concept of intersectionality. Originally used by Crenshaw (1991) intersectionality is now widely used across the social sciences and has been developed within feminist geographies in scholarship on masculinities (Hopkins and Noble 2009), age (Hopkins and Pain 2007), ethnicity/race (McDowell 2008), disability (Valentine 2007). While the concept of intersectionality has developed in use and scope since the 1990s, it has also been labelled as an imprecise ‘buzzword’ (Davis 2008; Choo and Ferree 2010). However, and as (Davis 2008) notes, it is because of this imprecision that it also encourages novel thinking and a broad agenda concerned with interwoven identities of difference and disadvantage.

Geographers have the potential to advance the theoretical discussions of intersectionality through the spatial analyses of subject’s identity formation in the construction of inequalities (Valentine 2007). We invite papers that engage broadly with intersectionality in consideration of digital labour. We do not limit this to specific dimensions of identity or their intersections, specific digital industries or particular parts of the world. Rather, it is the intention that this session be varied and exploratory in nature and focused around identifying unifying conceptual frameworks, perhaps relating to the following questions and/or issues:

Please send abstracts of no more than 250 words to Taylor Brydges (taylor.brydges@kultgeog.uu.se) by January 29, 2016.

Choo, H.Y and Ferree, M. M. (2010) “Practicing Intersectionality in Sociological Research: A Critical Analysis of Inclusions, Interactions and Instutions in the Study of Inequalities”, Sociological Theory, Vol. 28, No. 2.

Davis, K. (2008) “Intersectionality as Buzzword: A Sociology of Science Perspective on What Makes a Feminist Theory Successful”, Feminist Theory, Vol. 9, No. 1, pp. 67-85.